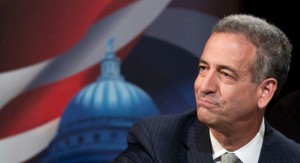 Votes this past fall against the Iran nuclear deal could come back to haunt two vulnerable Republican senators up for re-election. At least that’s what some progressive organizations are hoping.

Several left-leaning political action committees are raising funds to target the re-election campaigns of Sen. Mark S. Kirk of Illinois and Sen. Ron Johnson of Wisconsin and are using the senators’ prominent opposition to the nuclear deal to drum up money for the senators’ opponents. At the same time, conservative national security PACS are coming to the Republicans’ defense in a big way, particularly Kirk’s.

CQ Roll Call ranks Kirk and Johnson respectively as the first and second most-vulnerable senators up for re-election. Both are first-term senators.

“Mark Kirk was one of the chief detractors [of the Iran deal] and time and time again offered sanctions that would have disrupted that diplomacy,” said Ben Shnider, national political director at the liberal pro-Israel group J Street. “Ron Johnson was one of the most belligerent critics of that deal.”

Shnider oversees JStreetPAC, which has rounded up more than $100,000 in contributions for the campaign of former Sen. Russ Feingold, who is seeking to regain his Senate seat from Johnson, who defeated him by five percentage points in 2010. Shnider said the PAC expects to bundle a similar amount of contributions for whoever wins the Illinois Senate Democratic primary, where the frontrunner is Rep. Tammy Duckworth.

With much of Iran’s sensitive nuclear technology now either scaled down, disabled or shipped out of the country, liberal groups like MoveOn.org and J Street are feeling confident that American voters will increasingly view the agreement as a major foreign policy win for the United States when they head to the polls in November.

“We see this debate brewing in the context of a national security election and we’re very excited about the opportunity within that context to go on the offense and to push those who got in the way of the very successful Iran diplomacy . . . to push them to answer for their opposition to this agreement,” Shnider said

MoveOn Communications Director Nick Berning said his organization’s PAC is mostly focused on the presidential race but has bundled close to $30,000 so far for Feingold’s campaign, in addition to directly contributing $10,000 to his campaign and an equal amount to Duckworth’s.

“We anticipate doing much more bundling as we get into the summer and fall and interest in the general election increases —  and will be looking to give support especially to candidates who have been strong on diplomacy with Iran,” Berning said.

But Kirk, a centrist on major domestic issues and a foreign policy hawk, and Johnson could not be prouder of their opposition to the Iran deal. Their campaigns minimize the potential that their votes against the agreement will work against them.

“Sen. Mark Kirk’s grave concerns with the agreement are being proven accurate,” said campaign manager Kevin Artl, in an emailed statement. “Furthermore, the lack of common sense demonstrated by Rep. Duckworth in not only supporting the flawed Iran deal, but also calling for the U.S. to accept 200,000 Syrian refugees  . . .  has voters continuing to question her judgment on national security issues.”